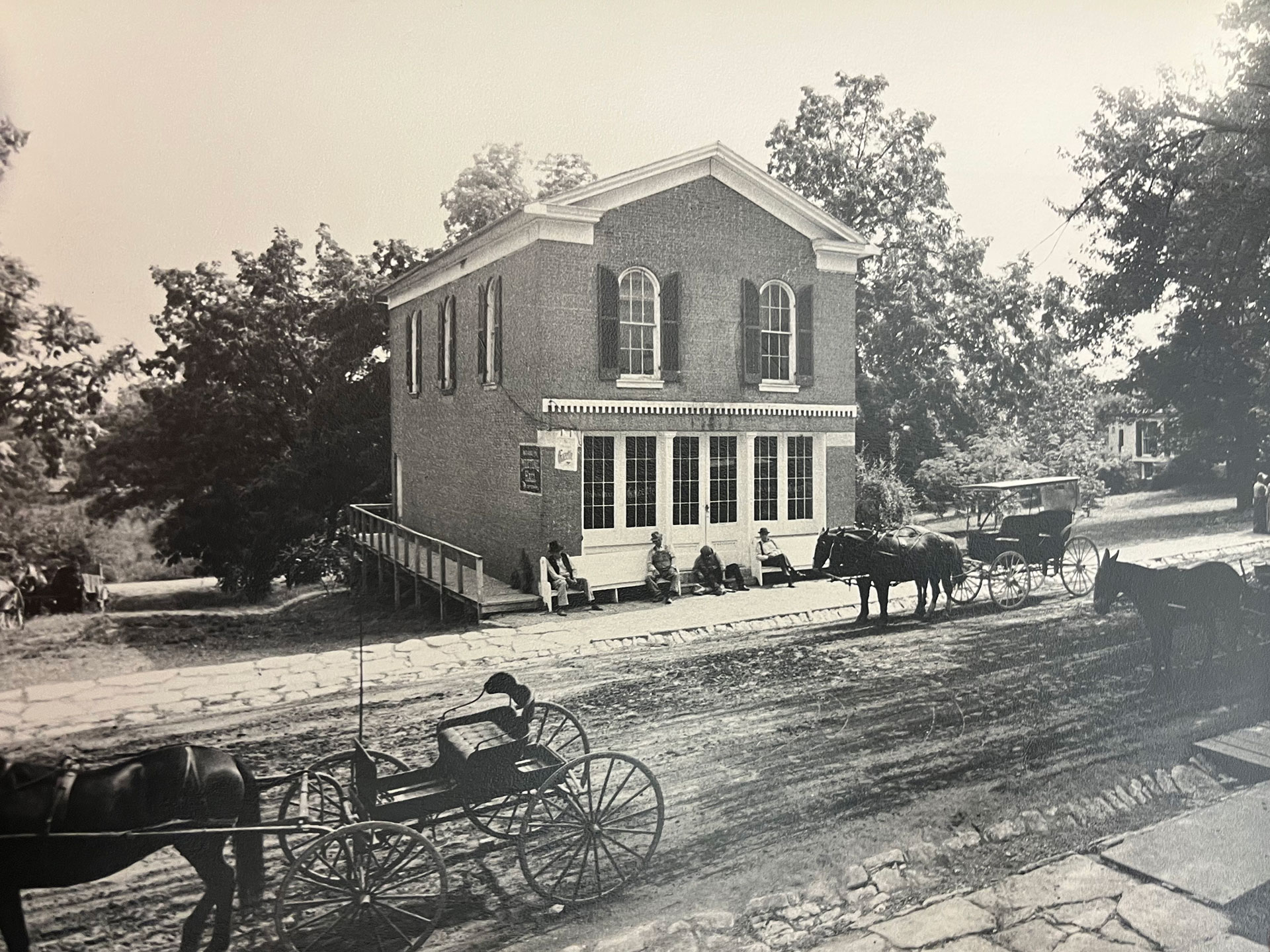 The filming of Tom Sawyer back in 1972 could have spelled the end of something very special in Arrow Rock,” Friends of Arrow Rock Historic Preservation Consultant Marty Selby says. “There were doomsday predictions of our village becoming a tourist trap, and hungry developers building motels, gas stations, and fast food restaurants.”

“Instead, I think that everyone was surprised that the opposite result occurred,” says Arrow Rock Lyceum Theatre Producing Artistic Director Quin Gresham. “It seems as if residents finished that overwhelming summer film shoot and looked around—and realized the treasure they had to protect.”

Arrow Rock had been selected by the film producers and production designer because of its enormous visual appeal and period-correct architecture, a real 19th-century town that was a short trip to a splendid make-believe movie set—and much of the fantasy they brought with them has continued to influence the culture of Arrow Rock to this day.

“A lot of Arrow Rock was actually in pretty rough shape in 1972 when the filmmakers came to look at it,” Marty says. “Often what we do in historic preservation isn’t about making things pretty, it’s about taking out stuff that has made things ugly.”

That was the first order of business for the film team. Kansas City Power & Light buried all the electrical lines along Main Street, and within areas where the camera might see them. Likewise, Mid-Missouri Telephone Company in Pilot Grove took their phone lines underground. Several board walks covered concrete sidewalks—including those along the Main Street business blocks. Most of the village streets were buried under three inches of dirt for the duration of the filming.

However, much of the village appears in the film largely unchanged, including the 1872 Christian Church, the Odd Fellows Hall, Aderton House, the J. Huston Tavern, and Main Street. Agreements were signed with the several building owners for filming, the village and residents were asked not to prune, trim, or mow lawns so the art directors could create the proper “untamed look.”

Part of the agreement with producer APJAC Productions was that changes made would be undone. The village leaders, however, had no real desire to undo everything. Aderton House retained its “movie fence,” which remains to this day, from its role as Judge Thatcher’s home. The wood boardwalk installed on Main Street for the film has become an Arrow Rock icon, the concrete sidewalks underneath long forgotten.

Shortly after filming, in April of 1973, Page Williams became Mayor of Arrow Rock. Her house at 7th and Main had been the set, inside and out, for Aunt Polly’s house. She had a significant speaking part in Tom Sawyer, as the “Saloon Girl” in the courtroom scene. And barely a month after filming, her beautiful house burned to the ground.

According to an article in the Columbia Tribune at the time, this event had a deep influence on Page. The Tribune wrote, “the concern that motivated Ms. Williams…to enter the political wars is one over the future of their fair little city…Arrow Rock has come gradually from a heritage demanding no such trappings as zoning laws and building restrictions…But now the new town board may want to assure the future in a more substantial way than merely depending on the inertia of the past…The Arrow Rock town board that was just elected is more oriented toward history than government. This is exactly right for Arrow Rock.”

The decades-long balance between the ideas of history and preservation and those of progress and residency began in earnest. In many ways, this ongoing dialogue was stimulated by the potential (perhaps somewhat taken for granted by residents), that was revealed through the eyes of strangers coming to Arrow Rock and reminding everyone of the value that lay sleeping here. Disturbing nightmares of Hollywood bringing garish motels and roadside greasy spoons were replaced by a more optimistic vision that remains today.